Virtual reality environments, including industrial testing, gaming, situational role playing, and social, has seen a lot of activity lately. The main push has been in industrial application requirements which has spurred development of the hardware and software needed to create viable virtual reality.  As in most other developments and technological advancements, it is the needs of a specific development area that branches into the expansion of new advancements in other technologies. 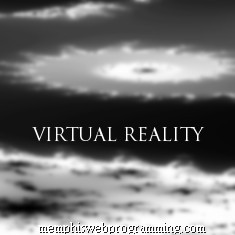 VR (Virtual Reality) is not a new concept and it has seen its share of failures and even long spans of time in virtual limbo. The idea and reality of VR have, for some time, been separated by a chasm of ergonomics, hardware requirements, and consumer acceptance. The idea of VR is readily accepted by the public but the technology has not been able to deliver what is expected of a VR system. In industrial applications VR has seen great strides in supporting and delivering virtual environments for testing, including VR-HYPERSPACE and an array military testing. Because of these industrial requirements we are edging closer to a consumer grade product. Some of the companies leading this technology on the hardware side are NVidia, Oculas(now owned by Microsoft), Google, and Samsung.

A Rift solved by a Rift

One of the rifts that has delayed the widespread marketing and use of VR is the separation of the hardware and programming interfaces essential to fully advance VR into acceptance by the public. With Oculas's release of their Virtual Reality Headset, aptly named Rift, that separation is beginning to shrink. With Rift some the issues with full immersion into a virtual world have been tackled, along with user interaction and points of contact in the environment.

VR requires that the individual's sense of place and time be altered to the point that the illusion of being in the environment doesn't call for a lot of work from the user's perspective. In fact, a user's perspective should be the focal point of the VR experience.

Programmers Waiting for Hardware to Catch-up

Programmers have always had to wait on hardware advances in order to push programming to the next level and this becomes more evident with VR programming. VR programming requires a more intimate relationship between hardware and software then what is normally required of interface drivers and action/ re-action indicators. Any lag or stumble, in the VR world, will rapidly deteriorate the user experience and subsequently the acceptance of the technology. The strides that have taken place have placed VR technology at the cusp of acquiescence but there is still a need for further advancements.

For programmers this can be an opportunity to be in on the frontier of an emerging programming need and become one of the pioneers in this field of programming. Back in the eighties a man named Jaron Lanier started a company and sparked the idea of VR and created several devices and a programming platform to interface with his hardware. Since then the company has gone away but most of his work is somewhere in the vaults of Oracle's acquisitions. Notwithstanding, the idea lives on and other companies have developed hardware and the APIs that allow for the fine-tuned programming required for close interface programming with GPUs, CPUs, and other hardware components needed to create a realistic VR world.

Walking the Great Wall of China or flying in a space shuttle to a Mars colony where you have to battle aliens in a realistic VR environment all within the comfort of your home. The only thing that sounds more exciting is that you programmed it.