Google has finally rolled out the immersive Google Maps views it promised back in May, along with a few other helpful features for cyclists, and travelers in groups.

First announced at the Google I/O 2022 developer conference, immersive views will combine Google Map’s Street View, satellite, and aerial images to create 3D recreations of landmarks. This first iteration of the feature is currently incomplete, but still supports over 100 locations across major cities including London, San Francisco and Tokyo.

Eventually, the feature will go beyond traditional landmarks, and will be used to bring to life local hotspots like restaurants, to give potential tourists a better feel of the place they’re looking to visit.

This comes as Google is trying to fight back against apps like TikTok and Instagram, which have become the most popular tools for young people looking to discover new places, ahead of Google’s services.

With Instagram itself capitalizing on this trend with its own searchable maps feature, we’ll have to see whether Google Maps’ immersive views and other future features will be enough to win back lost users. 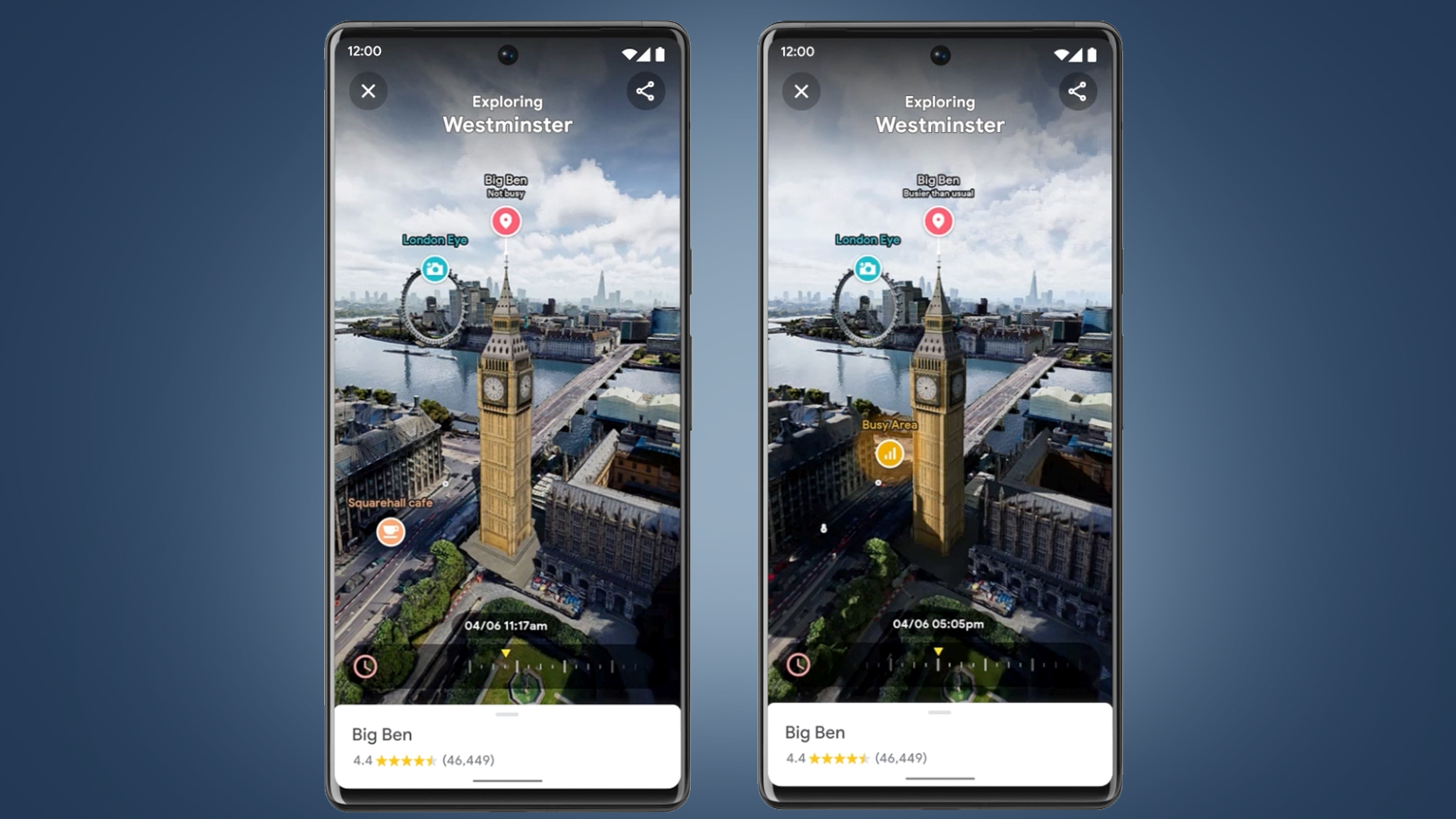 Google Maps is also getting better navigation tools for cyclists. While Maps has offered bike navigation for a long time now, this update aims to make it more like its car navigation, giving cyclists more information about their route.

Specifically, it means that cyclists will be able to see if their route is impacted by car traffic, as well as if the route includes bike lanes, how steep or windy a route is, and what kind of roads they’ll be riding on. Users can use this information to choose alternative paths; in some cases, Google Maps will offer riders multiple possible routes other than the fastest, including a path with more bike lanes, or one that requires fewer turns.

Google is also upgrading location sharing. Now, in addition to sharing your location, you can ping notifications to a friend to let them know you’re leaving one location, and automatically send another when you arrive at your destination. The app will also be better at warning you that you’ve left the feature turned on if you didn’t set a time limit when you started sharing your location.

If you think location sharing and the other updates are neat features, here are a few other hidden Google Maps tools that you might not know about.