Buzzwords can be a Buzz Kill- Republished

In computing , and life in general, we find ourselves often hearing new phrases that tend to evoke certain connotations. These Buzzwords are generally created for the benefit of marketing and brand recognition but can also be used to label campaigns or causes. The creation of Buzzwords have become so prolific that there are even games devoted to it. As a phrase takes 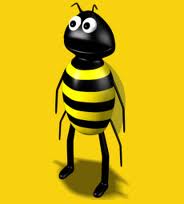 on life it either grows to enormous size in recognition or it dies an uneventful death. Every now and then a phrase is created that defies time and lives forever tied to whatever it was originally created for. Frequently some of these phrases transcend the marketing world and come to define new or existing technology. When this happens the lines between what the

technology is and what it can do become blurred and unrecognizable.

I'm sure you've encountered some of these phrases if you've spent any time in the technology field. The technology field is one of the greatest generators of Buzzwords. Putting together previously opposite words to form a phrase that suggests agreement of the words or a collection of words skillfully combined so that they cohesively form a reference or inference to a thought or believe. Usually the phrase is making a complete and seemingly authoritative statement with just two or three words. I'm not going to list a lot but to give you a small sampling I'll list ten: "solution-driven," "next-generation," "cloud computing," "software-as-as-service," "Social Networking," "X-Management Software," "Big Data," "Behavioral Commerce," "Device Fingerprinting," "Web Scale". You probably know of several others but I'm going to choose one to show how Buzzwords can be a buzz kill.

"Web Scale" was introduced by Amazon, as far as I can tell,  and then referenced by Lorcan Dempsey at OCLC in 2007 in his blog. The original reference was a compound of web and scale so it was written as web-scale. Presently it can found written as a compound word (web-scale), one word (WebScale), or just a two word phrase (Web Scale). On researching this it looks as if Amazon was referring to the scalability of their EC2 Cloud platform. By scalability it referred to the size, and concurrently the cost,  in scaling to the demands of the consumer or user of the platform.

Five years later and the phrase is being used to tag anything from low-cost software packages to software libraries. Numerous web scale this and that websites have sprung up and any software wanting to sound authoritative is using the phrase to describe their software package. Be aware of "We are Web Scale" because in reality it means nothing in relation to being able to expand and grow as your client base or site grows. Platforms and software have always had to battle the numbers game when it comes to expanding with demands. In the early days you could build a site, watch it grow, and then have to start from scratch with another platform because the one you started with couldn't easily expand with you. Today that is less of a problem because MOST platforms are scalable. That does not mean you can't build a site using a certain database program or a server platform that will fail at a certain point of growth. Or if you find yourself needing to scale down you may find what you built on is not very flexible.

Research your program choices and be sure you aren’t taken in by the hype.  Buzzwords are great for marketing and brand recognition or to get the masses all-a-buzz with the latest "makes it sound good" phrase but it has no place in defining what a software package can or can't do.