Justin Carter- A victim of our times?

For Whom the Bell Tolls

A great ringing sound echoes through a quiet valley in mainland China as a centuries old bell starts into motion on a remote mountain top. The deep base vibration made by the ancient metal clapping as it swings from side-to-side reverberates through the great expanse of the valley floor and slowly diminishes as it reaches further distances from its source. 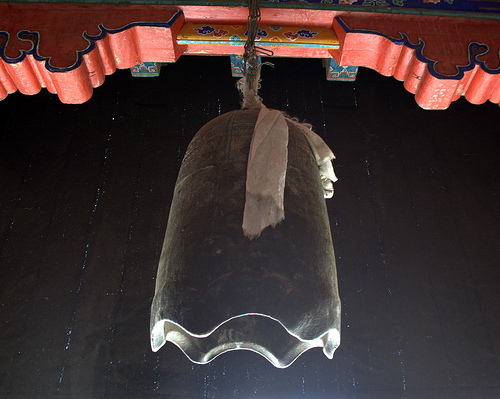 Was that wait here or run real fast?

Misunderstanding communications between each other is as old as humanity itself and remains a major factor in personal, business, and world affairs. One notable miscommunication was at the Battle of Waterloo where a message sent by Morse code like light beams became obstructed by fog and the British nation thought that Napoleon defeated Wellington. Thankfully, computers and the age of mass communication had not yet arrived or the whole World would have reacted to a mistaken message.

In today's computer technology and with world-wide instant news coverage miscommunication can spread at an alarming rate and often the correct message gets lost in the vast spectrum of public opinion which is sometimes driven by incorrect news reports. Inevitably, news, instant messages, blog articles, or any internet driven communication, will fall victim to miscommunication.

Because misunderstandings can now travel at the speed of light anyone using the internet to communicate can potentially type something which can forever alter their life or someone else's. When you are on the internet you are no longer in a quiet valley and, realistically, any message you send can resound to the four corners of the earth. Unlike remote villages with scarce communication, false or misinterpreted information can travel around the World instantly and without the benefit of reflection or consulting with the village elders on what the message's true intent was. There are no communication boundaries to stop the flow of miscommunication or to ensure that your message is correctly understood by everyone who will read it.

Recently a young man, Justin Carter, was having a heated discussion when someone perceived a message he sent, according to him, out of context and as a result he is now in jail for terrorist threats. If you believe Justin, he was talking tongue-in-check when he replied to comments on a forum he was on. On the surface it seems he is correct and that someone faraway read his comment and reacted in a 'better safe than sorry' manner by contacting authorities. You can read the story here.

One of the best avenues someone has to spread lies and misinformation about someone else is using out of context comments. The Internet is a great venue for the dissemination of false claims and misrepresentation and it is also offers the perfect way to be misunderstood because of the great number of people and differing perspectives that your messages reach. It's not just messages we send but also anything someone else sends out about us. A phenomenon exists that amplifies exponentially on the internet. That well known phenomenon is that most people are more willing to believe and spread lies then they are the truth.

Everything amplifies on the internet and unlike a distant sounding tone from a bell that fades away, published content on the internet can echo forever and those listening may just misunderstand your message.