Not long ago a new application was introduced, Snapchat, that promised the ability to send photos that "disappeared" after being viewed. The news media was all over it asserting the program's claims about being able to allow the publishing of photos with the unique feature of the photo vanishing after a specified time. Leave it to the news media to jump on the band wagon of anything that "sounds" good without properly exploring the truth.

When I first heard of the program my thoughts were "How long will it take before the truth surfaces?" Not long it seems. It has always been a known fact that anything published to the Internet is subject to copying. Sure, there are methods to obscure, processes to encrypt, and several other measures to ensure copy protection but in the end, if someone has the time, the motivation, and the tools, they can by-pass the protection methods. 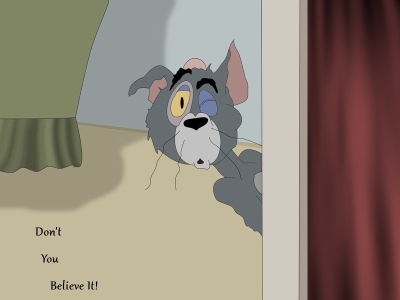 No matter how many times this fact resounds across the web there is always someone to stand up and proclaim their way will work. These wizards of wonder will often use elaborate descriptions and "expert" analysis to verify their claims and cloak the truth by shrouding it with a myriad of half-truths and ad campaigns designed to make you believe they have found the magic elixir.

Even with thin client technology there are ways to intercept and store information sent between client and server. Encryption, and other security methods, offer a best case protection to a connected computer or device but even then there are exploits that can circumvent any security steps that are in place.

With photos or digital pictures a huge security step disappears out of the equation the moment it processes and displays on your screen. I've used a Java based encryption process in the past for images that made it difficult to copy a displayed image or its code but even with that in place I knew the best I could hope for was to make it hard enough to ward off novice copiers.

There are a number of exploits for a program like Snapchat and I knew it wouldn't be long before the claims were proven false and that the images could not only be captured but actually remained on the device. The following article goes in-depth in exploring the myths about SnapShot but beyond that use this as a another lesson in "what you publish on the web stays on the web".