Confirming that which was expected

In the scientific world confirming, through observation and testing, a hypothesis is a monumental accomplishment worthy of high accolades. Nevermind the fact that it may have already been supposed and generally accepted in some scientific model years before its discovery. To be fair, many hypothesizes could not be confirmed because technology was not advanced enough to allow observation or proper testing. 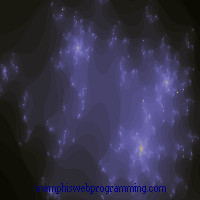 In programming code it is possible to theorize about several aspects of code flow and dependency through coding models. One such model is the Actor Model. With this model we can build some solid conjectures on the concurrency of code as it relates to the machine and operating system it is running on.

An ever present constraint on programming is the link or shared dependency on the platform that the code is running on. The ability to separate programming code and free it from the influences of the underlying operating system and hardware is a programmer's utopia.

Imagine coding in a multi-dimensional manner in that all processes carry the information needed for each other and instead of stepping to the next line in code execution you can instead warp there in the confidence of knowing that fault tolerance is monitoring every function. One of the problems with the current imperative coding standards is that when a fault occurs the code has nowhere to go but to an error screen.

Computers and programming have been stepping to the same sequential drummer for too long. It is time that concurrent processes take the reign and, through abstraction from the underlying influences, propel computer programming to the next level.

Although achieving this won't be easy we now have the technology and resources we need to confirm the theory of concurrency in computer programming.