At some point in life in the past several weeks something happened to my printer and it started having issues printing. The printer is an HP Deskjet 2600 series. The issue was print jobs would get jammed in the queue and I was unable to delete them. The process was: 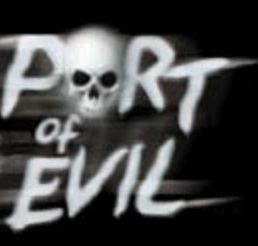 I would print something

The print job would show in queue and start printing

I began trying to fix this, more than annoying problem, by searching solutions to the problem. I came across a ton of suggestions but none that worked in my case. There was one word that kept coming up that I was familiar with, and that was bidirectional. I knew this was a setting in port properties, so I went to the printer properties and then the port tab. Looking down the list I saw the port was a WSD port. WSD? So, I had to take a detour and find out what this was.

A short search provided me with the answer. This is a port protocol that is used for auto discovery of wireless devices.  Web Services for Devices or Web Services on Devices (WSD) is a Microsoft API to enable programming connections to web service enabled devices, such as printers, scanners and file shares. A WSD printer port is something Microsoft chooses for use in a wireless printer setup. I just started having this issue so I'm not sure how or when this changed on my printer setup. I do know I traveled a lot of paths to end up at this discovery.

I found out, by looking at connected devices in on my wireless router, what IP my printer was using. Went to properties on the printer and then the port tab. I chose to add a port and selected TCP/IP and used the printer’s IP as the IP address. Applied the change and now it prints and removes that print job from the queue. I hope someone finds this and that it saves them having to go down so many wrong paths to find a solution if in fact this is the problem. The take-away on this is WSD-> bad.

This is a communication bug with the protocol code. The print queue is not aware that the printer printed the print job and therefore it stays in the queue with the status of printing. This probably would not be a tremendous code bug to fix if Microsoft were motivated. Another thought is, because it is an API, it might be an issue with HP drivers. Someone could research if this happens on other brands of printers. My guess is that it will end up being an MS issue that some update gave birth to.

A side note: If it is possible, make the IP address of your printer a satatic IP. This is normally done in your printer interface found by putting your printer IP in a browser address bar. It will be under Network/Wireless settings and may say make manual or static. Refer to the manual on the printer if you cannot find how to set this option.