Cloud = server on the Web

I recently completed a project where I successfully moved a company from a server environment to one that is "serverless". 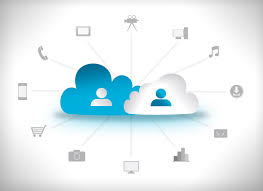 In a server-based network of computers all the PC's are connected or joined to a central PC called a server. There can be several types of servers performing different tasks. From allowing access to data to sending and receiving email. The common trait of all servers is that they allow for and in some cases regulate the flow of communications across several PCs or networks of PCs. The data that is accessed are files, information maintained in applications and the applications themselves in some cases.

One of the ways to access and route data is through virtual private networks on the internet. Also, most vendors provide company-based logins where only your company has access to the application and data. As this technology has grown so has the vendors and the diversity of services offered in cloud connections.

By moving all workplace data, applications, and email to the cloud you no longer need a workplace server, but it becomes extremely important that you have a redundant and powerful connection to the internet.

There are several ways to access applications and data on the internet through "as a service" technologies like IaaS, PaaS, SaaS. Additionally, because the workload is now off your network and PC, you can operate "thin client" PCs that are basically like the old terminals but a little more enhanced.

Even with a standard PC, when you go serverless in the workplace you are drastically minimizing the points of failure in a network. You are also improving the company-based production that is related to connectivity and access of data and communications in your applications.

Some of the roadblocks to going serverless is in the moving of your data to the cloud and some application vendors have not made their programs internet accessible. In moving data to the cloud, considerations are the amount of data, the safeguards to protecting that data, and the best ways to access that data. With regards to applications not ready for the internet it is possible to work with the vendor to customize a programming path to allow that application to work on the cloud.