12 years ago (2007) I wrote this article and placed it on Wikipedia. 10 years later they decide they don't like it and deleted it. 10 years! It went through a peer review and countless other revisions and checks. So, I'm cleaning it up and publishing on my site 2 years after they deleted. 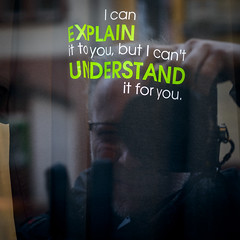 understanding of that concept. That concept, being either poorly or precisely conveyed, is now a concept as understood or processed by whomever it was conveyed (verb) to and can be referred to as a conveyed (adjective - past participle) concept.[1]

Another example would be someone applying for a Patent. "Anyone who has been through this process understands that it takes years of back and forth mediated communication and subtle revisions in order for an examiner to understand the conveyed concept from their outside perspective."
Relevance, ad hoc concepts and analogy -PDF in trying to explain context says this: "In every case, the conveyed concept has to be contextually worked out."

Programming a computer to understand

Programming computers to understand relevance and context is a monumental task. IBM has done some work on this and concluded "Providing computers with context is not a simple exercise—it’s a complex problem for which computer scientists are experimenting with many different potential solutions."[19] Work on computer 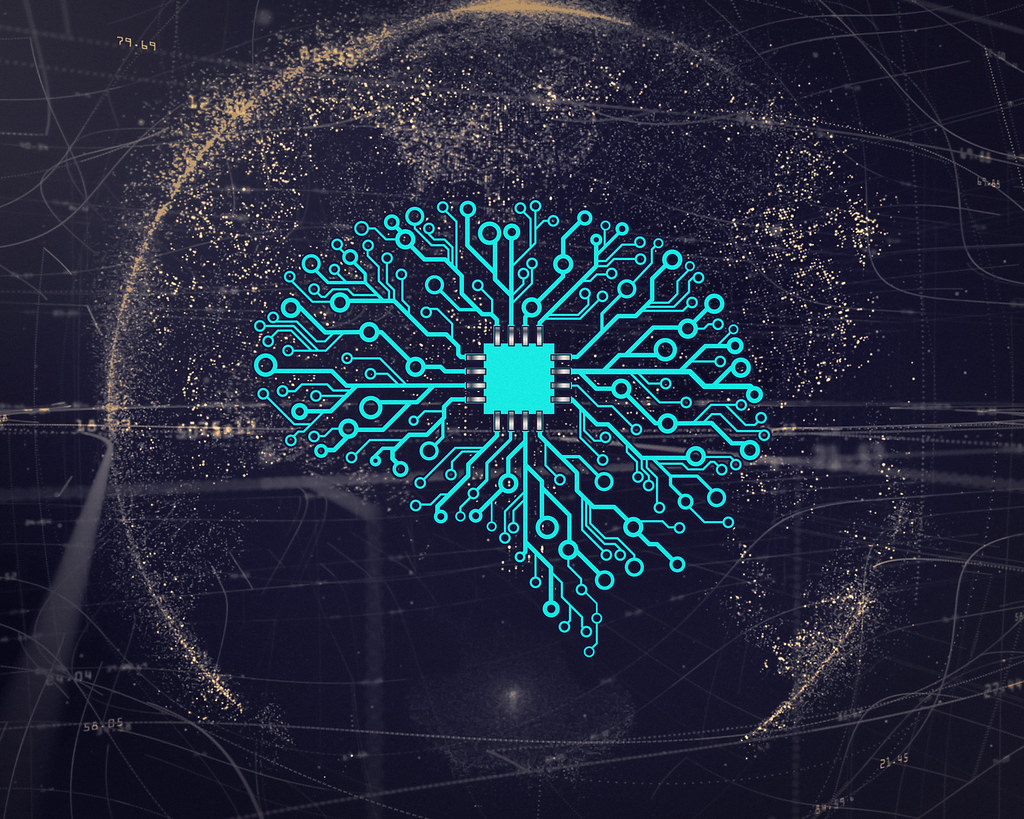 learning can be found in a number of publications and finding a way to convey concepts is of particular interest.

"Execution of computer programs requires dealing with a number of nontrivial concepts. To execute a program, a system must understand numerical operations, if-statements, variable assignments, the compositionality of operations, and many more. [20] Concept Programming Attempts to influence the relationship of code and concepts.

In programming, programs need to compare conveyed concepts in order to communicate a correct process or response. In this media the concepts being compared are not what was programmed (the code) but the response of the program so that the code can be changed to achieve the correct response.

This is a field referred to as machine learning. There has been a tremendous amount of work toward mapping the meaning of words across several paradigms. Most follow examples found in DOGGIE [3][4][21]

Because of the abstract nature of concept when paired with the word "conveyed", the word "conveyed" transitions to a slightly different meaning than its historical Linguistic meaning in Linguistic semantics. "Conveyed" has undergone somewhat of a Semantic change in that it is used as an adjective to express the understanding by someone of something that was communicated to them.[5] This is especially true in the context of conveying meaning. In this context the actual material or words used to convey something to ‘Individual A’ is not the subject of the question, What was conveyed to individual A?, - Instead, in this context, convey means what is 'Individual A's' understanding of what was conveyed.

Conveyed(adjective) concept is unique in this usage as it expresses the understanding someone has to what has been conveyed (past tense verb) to them. There are a number of instances where this phrase is used and many areas where it is applied to refer to a perception of a concept, these include, but are not limited to, teaching, philosophy, computers, marketing, and others. [2][6]

The word conveyed in the phrase conveyed concept is used as an adjective describing perception or individual meaning of a concept that has been expressed.[7] In the thought process of the person who is interpreting the concept that is being conveyed they develop or construct(Cognitive linguistics) a conveyed concept of what was conveyed to them.[8] When conveyed is used as a verb then the concept can be poorly or accurately conveyed and does not hold the same meaning.

If a concept is poorly conveyed it may not be fully understood or even if the message is delivered in a precise manner the person receiving that information may draw the wrong conclusions. In either case, the conveyed concept is not what was intended to be conveyed. It is possible for several people to get the same information but have different concepts of what they heard or saw. Even if we receive the same information, we may have separate impressions.

In a room full of people, a random person comes in and walks around and leaves. If asked about what the person was wearing or looked like; the people in the room will have different recollections  and, in some cases, totally opposite. This is a product of how that memory was semantically stored by the individual.

When asked "What does this painting convey to you?", a person will answer with the conveyed concept of what they think the painting means. The same is true with any abstract information that we receive through our sensory

(Sensory analysis) processes. A billboard with marketing information is the same. The information may be perceived several ways. A person seeing this information may or may not buy the product or service depending on their conveyed concept of that information.[9]

In communication the conveyed meaning of words has been the subject of studies and is an intricate part of human interaction. (CSCC) [10]

Just as a painting can convey different feelings and thoughts, so can words and word structures. Depending on dialect, language, and other factors, words can be structured so that they convey  diverse meanings to individuals.

You could not expect the phrase "Big red truck" to convey the same meaning to everyone or that everyone would understand what is being inferred. it is also likely that the same three word structure cound convey something other than firetruck in other areas of the world. "Do you want a poke?" could convey differnt meanings depending on the area of the country you are in. "The whole purpose of language is to communicate meaning about the world around us " DESCRIPTIVE LINGUISTICS - STRUCTURES OF LANGUAGE

A caveman discovers fire by throwing a rock into a field which hits another rock and causes a spark that in turn ignites the dry grass and a fire is born. The cave man sees the fire but has no concept of what a fire is. He walks closer to it and feels the heat; he has a concept of heat and immediately links fire to heat. He walks closer and reaches his hand toward the flame and is burned. He has a concept of being burned by the heat of the sun and links being burned to his evolving concept of fire. He watches as the dry grass is consumed by the fire and understands that the fire is consuming the dry grass and connects this with his concept of consumption which is already linked to his concept of eating. As he begins linking existing concepts, concepts that are already cross-linked, he begins building a complete concept of fire. He takes off his heavy garment and places it over the flame and the flame dies out. He considers this and using existing concepts he concludes the flame needs air to live. He considers all of this and concludes that the fire was alive and that he brought it to life. The fire ate and breathed and as it did it grew so it must have been alive. Could he talk to it? If he had not placed his garment over the fire would it have walked? Although his concept of fire is nearly accurate some of his existing concepts cause him to arrive at some wrong conclusions or at least conclusions which are not entirely accurate. To him his conveyed concept of fire is valid.

Not all concepts are conveyed to us. It is possible to give birth to a new concept by creating links internally.[13] But with conveyed concept we are talking about a concept being conveyed from an external media or communication and then constructing our conveyed concept based on that information and existing concepts we have developed.[14]

This piece of material when introduced in a specific way introduces the child to the concept of height. Once the child understands the conveyed concept they may explore that material in a multitude of ways as long as the materials are still being handled respectfully.

This piece of material when introduced in a specific way introduces the child to the concept of height. Depending on the child's conveyed concept of height, they may explore that material in a multitude of ways as long as the materials are still being handled respectfully. 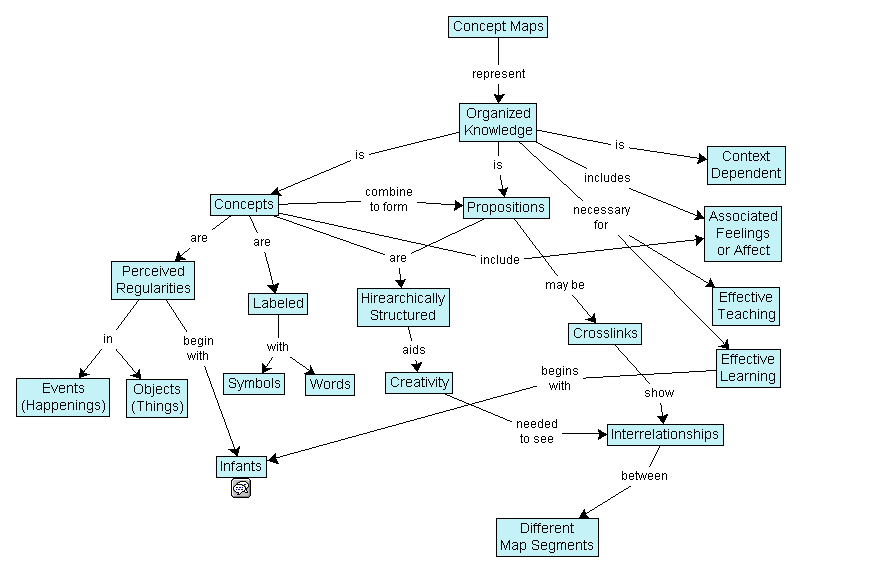 It is possible that the conveyed (verb) concept does not match the conveyed (adjective) concept. What was meant to be conveyed is not what was conveyed.

This is illustrated in Concept mapping, a technique which can be used by teachers to gauge the success rate of materials used in a student's understanding of a concept. This mapping can be specific to one student or to a group but it maps the conveyed concept of the student so a teacher can fine tune their methods in trying to convey the concept.[15][16][17] The Relevance theory can further explain how each of us can perceive what is conveyed to us in different ways.[18]

"Some of the papers I read recently, like the "Instant field meshes" one, also exhibit this careful balance of concept density without going to the point where you need Kant-level mentality to comprehend the conveyed concept (referring specifically to Kritik der reinen Vernunft)."

We reviewed the manuscripts with regard to the following aspects: type of comparison, the conveyed concept of culture using the classification by Reckwitz [normative, totality-oriented, differentiation-theoretical and the meaning- and knowledge-oriented], implicit valuation of the comparisons, and the artifact of the comparison. We extracted two main lines of reasoning: